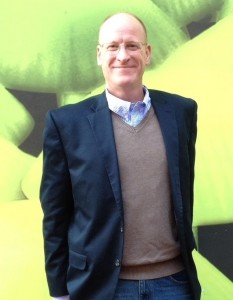 The most succinct way to tell you about me can be summarized in nine words:  I am a human, be-ing who prefers being happy.

In November 2015, I will accomplish my 49th year of ‘being-ness’ in this particular incarnation on Earth, at which time I will turn 50 years old.

As I approach the half-century benchmark, I remain as utterly full of awe, wonder, excitement and gratitude for this life experience as when I was a child.  Being one who strives consciously every day to become self-actualized, each day begets the onset of the next great adventure.  This life experience, from my perspective, is like being in a never-ending multiverse theme park— fun times!  🙂

Over the years, in discovering the essence and joy of who and what I AM, it became apparent that my capacity for creative be-ing is, indeed, infinite and eternal.  Furthermore, to the extent that ‘my’ (nor anyone’s) consciousness has never been, and NEVER can be separate from Source (The All That Is), I am divinely endowed with the capacity to exude unconditional love.  –And so long as I remain in human form within the construct (and confines) of our galactic super cluster in the known universe (see link to: Laniakea ), this is among the top four objectives I seek to accomplish:

Although “there is no order of difficulty in miracles”,  honest introspection indicates that I won’t accomplish items 1 &2 during this particular existence, so let us table those for now.

I have a shot at number 3, and I’m feeling quite good about my odds for that one.  For many years I continue to practice, almost every day, in preparation.  A few years ago I “died while living” (for those familiar Taoism), and it was an immensely liberating experience.

This leaves item number 4: being happy

As stated above, I prefer to be happy whilst being human.  Interestingly, when I ask other humans if they desire to be happy, no less than 99% of them overwhelmingly exclaim “YES- of course!”

“When I was 5 years old, my mother always told me that happiness was the key to life. When I went to school, they asked me what I wanted to be when I grew up. I wrote down ‘happy.’ They told me I didn’t understand the assignment, and I told them they didn’t understand life.”    — John Lennon

Herein we arrive at the ‘why’ for what brings me to devote myself to The Trek for Truth:

I wholeheartedly believe that we, the human species, can real-ize ‘Heaven on Earth’, (a.k.a., the proverbial Garden of Eden).  I believe that I and others can achieve phenomenally greater happiness for EVERYONE on this Earth plane when we learn to alleviate that which impedes happiness.

With regard to my last comment about alleviating impediments to happiness, it sounds simple enough to state the obvious, right?  …read on…

What is real-ization?  By definition, ‘ization’ is the action, process or result of making.

Thus, arriving at real-ization is the process or result of creating one’s reality.

First, let’s refer to ‘reality’ as defined on Wikipedia:

I will expound on this by stating that reality, just as with truths and beliefs, is relative to an individual’s perspective.

Additionally, through the action, process or result of making (manifesting), we choose our reality, and reality is inexorably interwoven with one’s truth and belief

“You can ignore reality., but you can’t ignore the consequences of ignoring reality.”  — Ayn Rand

Let us pause and assimilate for a moment.

Thus far I have hinted at the internal component (personal beliefs/truths).  What, then, of the external aspect?

BTW—‘Collective unconscious’ is a term coined by Carl Jung; it refers to structures of the unconscious mind which are shared among beings of the same species.

“Probably none of my empirical concepts has met with so much misunderstanding as the idea of the collective unconscious.”  — Carl Jung

I began studying Jungian concepts in 1983, when I was a junior in high school; right after The Police released their Synchronicity album.

By that time I had read Will Durant’s book The Story of Philosophy cover-to-cover not less than three times, along with, literally, hundreds of other books related to ‘the meaning of life’.

The idea of Jung’s ‘meaningful coincidence’ (synchronicity) was nothing new to me because the gamut of philosophic discourse in Durant’s (and the other books I studied) had in some way addressed similar topics on the human condition.

What was new (and very interesting) to me at the time is one of Jung’s main four archetypes—The Shadow.

It was/is interesting because it referenced the construct of the split personality (which, in my opinion, applies to both the individual and the collective).

It wasn’t until almost 25 years later, as synchronicity would have it (wink wink), that my pursuit of esoteric knowledge, including eastern and western philosophies and many points in between, would lead me to meet Logan at A Course In Miracles (ACIM) group in Louisville.

What I finally grasped from studies with our ACIM group was that God (a.k.a. ‘The All That Is’ or primal consciousness itself) is inseparable.

…It’s really not that complicated if one is willing to accept their divinity; to reclaim their true essence and power.

I struggled with this concept for years; I was tremendously confused and frustrated.  I expressed frustration to my teacher, Carmen, at which point she sat me down and described the spectrum of experience.  (BTW, here is the link to ACIM; the cover art of the beautiful stand of pearls was created by Carmen: http://www.jcim.net/ )

Carmen conveyed that contrasts are requisite for experiencing pretty much everything.  Examples: We can’t have tall without short, cold without hot, fat without skinny, light without dark, ‘positive’ without ‘negative’, nor happy without sad.

She went on to explain that one can decide WHERE on the spectrum they wish to be and—most importantly—how far and how fast they wish to vacillate between opposite ends of the spectrum.  Further, she pointed out that I tended to go to the extremes of the spectrum, and that I might be more balanced (at peace) if I sought awareness for where, within the infinite spectrum of experience, I chose to be, and to what extremes I vacillated.

This discussion resulted in a major epiphany:

Here’s the ass kicker, though.  We humans presently exist in this 3D/4D density of the earth plane, subject to the governing mechanics that make manifest this physical life as we know it.

This includes the construct of the separated mind- Jung’s shadow archetype.  The shadow appears in many ways and forms—and it expresses ‘itself’ as the antithesis of love, or things, events and conditions that produce the condition of separation, lack, dis-ease and fear within our species.

…Because the shadow stems from the creation repertoire of Source energy (i.e., it manifests throughout the aforementioned spectrum of all experience just as we humans), it too is endowed with the latitude to experience itself as it may.

This includes the ability for it to undermine humanity’s natural inclination toward peace, compassion and unconditional love.  In fact, that which it fears most is that we might ever expand (or reclaim) our power to express love unconditionally, free from fear in all of its forms, that we may manifest ‘Heaven on Earth’ (or anywhere else for that matter).

I fully believe that if we humans were LEFT TO OUR OWN DEVICES, WITHOUT THE ATTEMPTED SUBVERSION AND SUBJUGATION BY THE SHADOW, AND WERE OUR SOVEREIGNTY AS A SPECIES RESTORED, we would awaken instantaneously to ‘the happy dream’.

How does the shadow manifest its ill will toward subduing the divine essence of humanity?  How does it seek to compromise our true nature as a compassionate, loving, peace-seeking species?  –And how do we re-cognize in order to alleviate it through enlighten-ment?

I extend a warm invitation for you to explore answers to these and many more questions by investigating the topics we are presenting in The Trek for Truth.

I invite you to consider the issues discussed herein (and elsewhere), and then decide for yourself how you might choose to live a more empowered, loving, peaceful and happy life.

…I invite all of humanity to re-member who and what we are, in all of our sovereign glory, as the progeny and perfect creation of God.

My peace be with you, 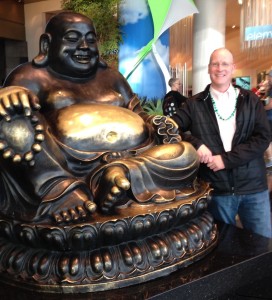