Hello and happy SUNday, our most awesome TFT Community!  🙂

Welcome to TFT Progress report #12, wherein we are VERY excited to announce the release of the tickler for the documentary film Freedom?  In conjunction, we have launched an indigeogo campaign to raise funds for the production and ongoing trek operating expenses.  Here is a link to the indiegogo campaign:  https://www.indiegogo.com/projects/trek-for-truth/x/11599324#/story

…And here is the latest video.  Special thanks to Bright-Eyed-Jack Studios and  Director/Producer Jack Lindsey.

Ever heard that Willie Nelson song ‘On the Road Again’ ?  Well, that’s where Logan has been, having logged a whopping 530 miles this past week, since departing Louisville for TFT phase 2 on Friday, July 31.   Add the hiking miles (1,106), and the total cumulative trek miles logged thus far is 1,636– Go, Logan, GO!!! 🙂 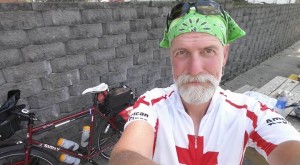 It has been an eventful week with tremendous progress, due in no small part to our family, supporters, the trail angels and Logan’s Kung Fu-like ability to distract his mind away from his aching, saddle sore butt. (Just sayin’…kinda comes with the territory) 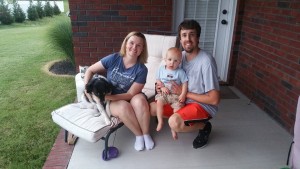 It is exciting to begin posting photos again of the awesome folks he meets along the way, as well as to journal and effect the trek via the sporadic communications he and I share between his stopovers and my crazy schedule.

Speaking of awesome folks, Logan was so thrilled to see Jessica Toren ( a former Red Cross coworker of his) and her family when he passed through Paducah, KY.  As he notes on our FB page, many thanks to the Toren Family for hosting him in their lovely home. Jessica picked up Logan in Vienna, IL and arranged an interview about Lyme disease with the NBC affiliate.   Thank you Jessica and mark- you rock!  🙂 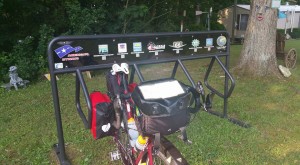 On August 4th, Logan was fortunate to find a really wonderful stopover at Jenkins Bike Shop.  We really appreciate the good folks there, who make it accommodating for cyclist on the go. 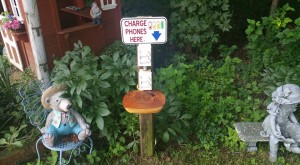 By August 5, Logan had made his way to Alto Pass, IL.  For those in our Midwest region, that was during the time we had those wicked-bad torrential downpours.  Logan found a neat little shop in Alto Pass to wait out the storms. 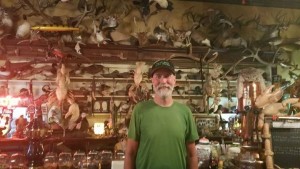 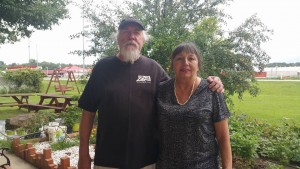 While there, he also met Michael and Cynthia.  They own a Root Beer Emporium and Cafe in Alto Pass, IL. Michael also builds custom electric guitars (Zunis).

As of today, August 9, Logan is camping in Eminence, MO.  We aren’t quite halfway to San Fran, but soon will be–and momentum builds!   here is a snapshot to provide perspective of where we started back in April, where Logan presently is, and the remaining trek ahead.

Meanwhile, back at headquarters, we have expanded our logistics and supply operation to make room for the T-shirts and coffee cups inventory, which is part of our perks for donating to the TFT Indiegogo campaign.    Additionally, Cuz, Mr. Butters and Londy are doing fine (for those who have inquired), and I remain head over heals in love with the big ‘L’ – Life itself…  All the more intriguing it becomes day-by-day… 🙂

…Wow- what a GREAT time to be alive and partake in this grand experiment of becoming the next higher ideal of our potential as a human species.   Thank YOU for participating with us on this loving trek for truth, freedom and the human way.

Again, we so very much appreciate the kindness of strangers, the support of our family and friends, the trail angels and all of the absolutely radiant humans being that Logan encounters along the trail.

Until next time, may peace and happiness enlighten your day!