Welcome to TFT Progress Report #5, for the period covering May 18-24.  It has been another record-setting week, in that Logan has accomplished the 500 cumulative mile mark as of Saturday, 5-24-15.   WAY TO TREK, LOGAN!!!   He also logged 23 miles on Thursday, 5-21-15, an all-time daily record thus far.  Not bad, considering that for six hours and 18 miles it was in a driving rainstorm.

Having departed Davis, WV (Canaan valley) a week ago, he’s passing through Clarksburg, WV later today (Monday, 5-25-15).  Whereas most of America is on Memorial Day Holiday today, Logan presses onward, soon to complete Segment 3 of the WV ADT. 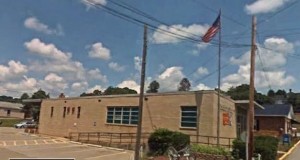 The next immediate objective is to reach Pennsboro, WV post office by Wednesday, May 27.

There awaits a drop box with a re-supply of Whoopie Slings for the hammock and other trekking necessities, including socks to replace the last pair he has worn through.

BTW- a quick shout out to Shane at Butt In A Sling; he helped expedite the shipment of Whoopie slings, toggles and carabineers so that we could make the mail drop in time for this Wednesday.  Here’s Shane’s website:  http://www.buttinasling.com/

From there, Logan will be “just” a couple days away from completing segment 4 of the WV ADT, landing him in Parkersburg, WV Friday evening, 5-29-15.

Then, on Saturday, 5-30-15, he will  cross the bridge out of West Virginia to begin ADT Segment 1 in Ohio.  So, to provide some perspective on where he has been, where he is now, and where he is next headed, here is a map to help illustrate (*note: this is not the ADT trail specifically, but close to it):

I’m not sure how he does it, but somehow between trekking all day almost everyday, he also produces written updates on the Trail Journals site (found here: www.trailjournals.com/TrekForTruth).    This is a GREAT website for those who’d like to see more photos and read more detail of the day-to-day journey.

I received the SIM card from Logan in the mail a couple days ago, on which was recorded a two-part video about some of the interesting experiences and folks he encountered during segments 1 & 2 of the West Virginia trail.    Following are two short videos; Trail Angels WV Parts 1 & 2:

BTW/Reminder:  All of the TFT Video updates are found on the TFT YouTube channel here: https://www.youtube.com/channel/UCnC8p75Hd5_t-U4Vp7rewKg

Speaking again of the Trail Journal entries, I was particularly touched by an entry he posted on May 16, after hitting a snag near Red Creek, which we mentioned in the last TFT progress report.  That was when he expected to secure water at gas station in a really rural area (Streby), only to find upon arrival that the station had been closed for two years.

Thereupon, he encountered a kindly young man and spontaneous Trail Angel by the name of Matthew. 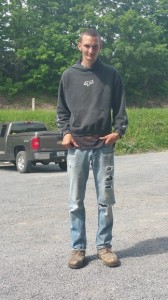 Again, I, for one, am humbled to the point of tears to learn of such compassionate people as Matthew and his mother.  They live in a trailer with no electricity, subsiding by the grace of God, yet would give the shirt off of their back to a passing stranger in need (in this case, Logan).

Here is the link directly to Logan’s journal entry for that day: http://www.trailjournals.com/entry.cfm?id=495378

…I was literally brought to tears upon reading this.  Partly because of the gratitude I felt for yet another example of the greatness of the human spirit (thank you, Dear Matthew)…

…BUT ALSO TEARS OF ANGER AND UTTER FRUSTRATION FOR THE THIEVING, TRAITOROUS, NON-HUMAN DARK FORCES THAT CONTINUE TO SUBJUGATE, SUBVERT, MAKE PERVERTED AND DISTORTED ALL THAT IS GOOD ABOUT HUMANITY, AS WELL AS THE LIVE-GIVING EARTH UPON WHICH WE LIVE.

I speak of the VERY SAME new world order (NWO) globalist— traitors of our Constitution–those scoundrel lapdogs of the United Nations (UN), Council on Foreign Relations (CFR) and ALL of the derivative organizations thereof.

…I speak of any and all supporters of Agenda 21, including the so-called ‘elected’ representatives of our Congress, such as Mitch McConnell- TRAITOR of our Constitution EXTRAORDINAIRE– and proponent of The Patriot Act (…oh, Mitch, I feel a quiet pity for your soul when the people finally find out who you REALLY work for and what you have done to deny and abscond with their most basic freedoms for which so many have given their lives to defend…)

…I speak of, and with vehement dissent against, ALL THOSE who serve The Crown Corporations–which is synonymous with those whom oppose life, liberty and the pursuit of happiness in all of its forms…

…I point you back to the great video that Logan made about the Federal Reserve Act- link here: https://www.youtube.com/watch?v=eu6rivkVn8Y

Yes, folks, for those who have read Logan’s Trail Journal entry about Matthew, it is a sad commentary on the state of our union when a boy in West Virginia likes apples but cannot eat them because HE HAS NO TEETH.  …A boy who lives with his mom in a decrepit trailer WITHOUT ELECTRICITY.

Ironically:  “West Virginia is the nation’s largest coal producer east of the Mississippi River and the second-largest overall, leading the nation in coal production from underground mines; it accounts for more than 10 percent of coal production in the United States, delivering coal to more than 25 states on the East Coast and in the Midwest. The state is the second largest net exporter of electricity in the country.”        SOURCE:  http://instituteforenergyresearch.org/media/state-regs/pdf/West%20Virginia.pdf

Okay- end of the Drewber rant.  I will now get off of my TFT soapbox and close this week’s report with one last thing to ponder…

…On this day of memorial, May 25, 2015, I beg of thee, please:  no longer thank me for my service, for your words of thanksgiving are hollow and mean nothing to me.

Rather, if you REALLY want to thank me (or anyone else) for my/our service as veterans of these States United, then TAKE ACTION to become INFORMED; take ACTION to inquire of our ‘elected’ representatives about the reasons for continued wars and crimes against humanity– for which our military industrial complex is infinitely complicit at the behest of the Crown Corporation (the aforementioned non-human, non-and-ANTI-AMERICAN scum) who perpetuate division, confusion and conflict to serve ONLY their sick, twisted means of depopulating YOU!

If YOU REALLY want to help– then seek to discover the TRUTH.

I apologize, dearest TFT Community,  if it seems I am ending this week’s report on a contentious note, for I/we seek to be a conduit for healing and assimilation.  It is not our goal/intent to be inflammatory nor divisive.

That said, it IS our stated goal to bring light to the truth of the perplex (and sometimes overwhelming) constructs that have been designed to divide humanity; to deceive and deter humanity from re-alzing our divinity… our inherent divinity and natural tendency toward peace…toward the final dissolution of all wars.

May love and light be with you… until next week, may we all trek in peace! 🙂