Are ya ready for another exciting exciting installment of truth and trekking?  …Well, we hope you enjoy this week’s video-intensive report, along with the trail updates and a special announcement about our intentions for an upcoming film project.

As always, I like to remind everyone that Logan maintains a daily trail journal on Trail Journals.com, if you’d like to see additional commentary and/or photos of the day-to-day journey:  www.trailjournals.com/TrekForTruth).  Also, all of the videos can be found on our YouTube channel here: https://www.youtube.com/channel/UCnC8p75Hd5_t-U4Vp7rewKg

Okay then, happy campers, drop your packs, pull up a stump, and let’s get to the report for the period covering May 25-30!

When last we left off, Logan was in Bridgeport, West Virginia and had just eclipsed the 500 cumulative mile mark.  Our next objective was to make a mail-drop in Pennsboro, WVA by Wednesday, May 27 (mission accomplished, BTW), and then make Parkersburg, WVA by Friday evening, May 29th (check mark on that milestone as well).

NOTE: Due to the logistical lag time for when Logan can ship me the SIM cards to download videos, it is usually the case that I receive and post the videos a week to ten days after he records them.

That said, here is a short and scenic video of the Tygart River Valley area from May 22.  In it, Logan talks about how we might bring about positive change by striving to embody more of our higher selves- by aligning more with our divine nature: 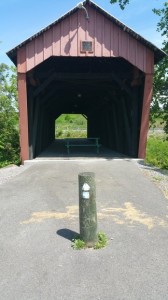 He sat off for Segment 1 of the Ohio American Discovery Trail this morning, Sunday May 31st, hence the ‘O-Hi-O’ reference in the subject line, having crossed into Ohio from WVA today.

A week ago today he posted a really good entry on Trail Journals (that entry found here:  http://www.trailjournals.com/entry.cfm?id=496501), in which he broached the topic of freedom, and made first mention of the concept for the film project.

With that, here is the video he made about said topic:

By Wednesday, May 27, Logan was at the West Union Campsite, having logged cumulative mile 567–whew!   You know what I always say: nothing like two trees and a tarp after a 20+ mile day 🙂  …that was sarcasm, BTW…  But seriously, as mentioned in his journal entry, it was better than camping beneath a piece of earth moving equipment as he did the night before trekking toward Bridgeport. 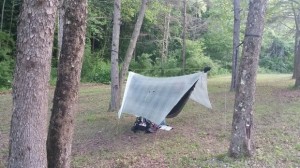 It was on Wednesday May 20, exactly one week prior to West Union, that Logan recorded a two-part video, “Warrior Wednesday”.  In part 1 he mentions Luba, who conceived Warrior Wednesday, along with other great folks that he met along the trail in West VA.  In Part 2, he mentions the Freedom Campfire Tour being executed by a fellow former Marine, Adam Kokesh.  (Adam’s website found here: http://thefreedomline.com/ ).  …We HIGHLY recommend the free book that Adam has published, which can be downloaded as print or audio on his website.  Here are the Warrior Wednesday videos, parts 1 & 2: 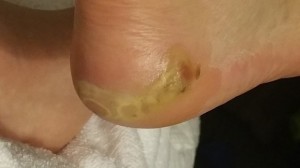 By he time he reached Parkersburg, WVA on Friday, May 29th, he was in dire need of a break.

He accumulated some wicked-bad blistering on his heels over the previous days of rounding out the last segment of the West VA portion of the trail- ouch! 🙁

…So, I’m talking to Logan on the phone Friday night (night before last) when he arrived in Parkersburg.  We had secured a Hampton Inn with the original plan that he’d step into Ohio on Saturday, after one night’s stay.  I could tell by his voice that he was SPENT; that he needed a break, and especially considering the condition his heels were in, with blisters on blisters.

To know Logan is to know someone who lives with austerity and what might be perceived as a sense of guilt for indulging or taking it easy (i.e., giving himself a reasonable and much-deserved break).  I practically had to plead with him to take the extra night off to recuperate.  He finally relented and agreed, which was the smart thing to do, so to not further exacerbate the wounds.

My point of mentioning this goes to a much broader topic; one which I will only briefly touch on here.  …It has to do with the matter of being of service.  …Of making sacrifice to achieve a cause that one recognizes or deems as being far bigger than one’s own self (i.e., own self-interest).

–Wait–please don’t misinterpret my words, for I am not talking about self-sacrifice that is akin to altruistic martyrdom.  As a big fan of Ayn Rand’s philosophies, I agree with her that altruism becomes a negative trait to the extent that affects one’s own well-being.  I do not, however, fully subscribe to her view that “the ultimate moral value for each individual is his or her own well-being”.

Rather, it has become my experience that when I seek to be of service to my fellow humans, the universe inevitably provides for me all that I truly need, even during those times when it seems or feels like I have nothing left to give.  Furthermore, what has become true for me can be summed up in a quote from Jed Clampett.  I heard it in the episode named ‘The Clampett Look’:  “There’s no better feeling than the joy that comes from giving”   🙂

I am mentioning all of this because yesterday was somewhat of an inflection point.  For both Logan and me.  In fact, it was a hard day and we were both a bit spent from both a physical and morale perspective.

He was lamenting to me (and I’m paraphrasing here) “is all of this TFT effort worth it; can we really make a difference, or are we just pissing in ocean with hopes of raising the barometric pressure?'”

In turn, I was telling him about my visit on Friday night with our dear teachers, Carmen and Tom, as I too had reached a point of saturation (spiritual exhaustion) and sought their always-miraculous and healing counsel.  Additionally, I attended the funeral of my Godfather, John Benton yesterday morning…

John was an Army green beret in Vietnam; a decorated veteran who devoted the latter portion of his life in service to those less fortunate in our Louisville community.  During the funeral mass, the whole eulogy for John was about ‘service’, and how much he was known for serving and assisting others in need.  The only thing I didn’t enjoy was the burial–when they played taps and folded the flag to present to John’s wife, Patricia.

As I explained to Logan, I get very emotional whenever I hear taps…it causes me to have memories that lead to feelings of being betrayed.

This feeling (anger) of betrayal stems from the deep frustration I harbor, that so many men and women have given their lives in the service of our nation, but alas they did so in vain.  I comprehend that their intentions were good and they fully believed that in taking the oath to serve (and potentially die) for our country they were doing the right and best thing.

HOWEVER, I also know that war is a racket– perhaps the ultimate scam.  It is a scam devised by the globalist cabal and it is a complete aberration of true human spirit.  It is not our human nature to kill, maim and mutilate each other.   It is, however, the nature and tactic of the dark abomination to foment wars and divisiveness in all its forms.

It takes very little research to figure out how and WHO profits from war…to ascertain how insultingly perverse are the ‘history’ books with which we are programmed in our school systems.  –Oh- it’s a friggin ‘system’ for sure.   …How many of you actually still believe that ‘the war to end all wars’ (WWI) was sparked by the assassination of archduke Ferdinand?

In any case:  The TRUTH is coming out more and more EVERY SINGLE DAY, and we can be a catalyst for ushering in this new epoch of enlightenment, whereupon we find redemption and peace in the true and loving nature of our human species.

And that’s where Logan and I concluded our conversation.  We concluded by re-committing to double down on the TFT and ‘Turn that frown upside down!” 🙂    Being true makes us happy, and happy will shall forever be in our sovereignty! 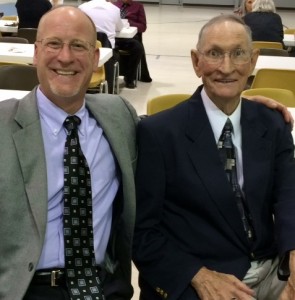 Uncle Nick and me

As always, we like to end these updates on a positive note, so I leave you with three photos.

The first is my Uncle Nick and me.  He too is a veteran, and someone who I love and admire.  I had the chance to see him at John’s funeral.  My aunts always exclaim “you look like your daddy and have the mannerisms of ‘Buddy'” (‘Buddy’ is Uncle Nick’s nickname). 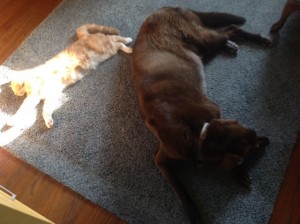 The next photo is back at HQ, where we evidently run a union shop that mandates breaks for sunbathing.  This is Mr. Butters and Cuz sprawled on my office floor yesterday afternoon.

The last photo is taken this morning as Logan departed Parkersburg and the great folks at the Hampton Inn, before walking across the bridge into Ohio.

Until next week, dear TFT Community, may the light of truth shine brightly on our paths toward peace!